Andrew grew up in Monmouth County graduating from St. Rose High School in Belmar. In addition to teaching music classes to all grade levels, he advises the Chorus, Instrumental Ensemble, Glee Club, and Academic Bowl. He serves as music director for the Queen’s Court Theatre Company in their spring musical productions, assists the fall drama, and is dedicated to the Arts program as a whole at Trinity Hall.
Andrew graduated from Princeton University in 2015 with a B.A. in music specializing in musicology. Andrew sang with the University Chapel Choir, the PU Glee Club, and the Chamber Choir. He also studied keyboards and voice privately. He co-founded a choral-orchestral ensemble called Contrapunctus XIV which focused on sacred music of the Renaissance and Baroque periods. In July 2017, Andrew attended a month-long National Endowment for the Humanities Summer Institute called J.S. Bach and the Music of the Reformation Churches at Moravian College.
Besides his interest in music, Andrew has a love for travel, languages, and linguistics. He is fully invested in the interdisciplinary, co-curricular philosophy of Trinity Hall, as he knows that music can be connected to all subjects from STEM to the Humanities. 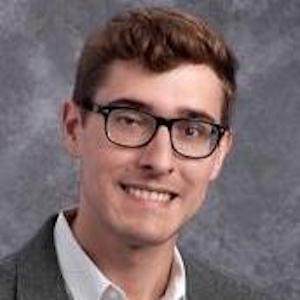