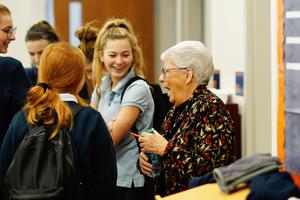 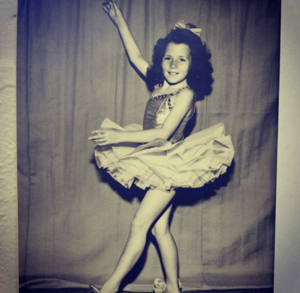 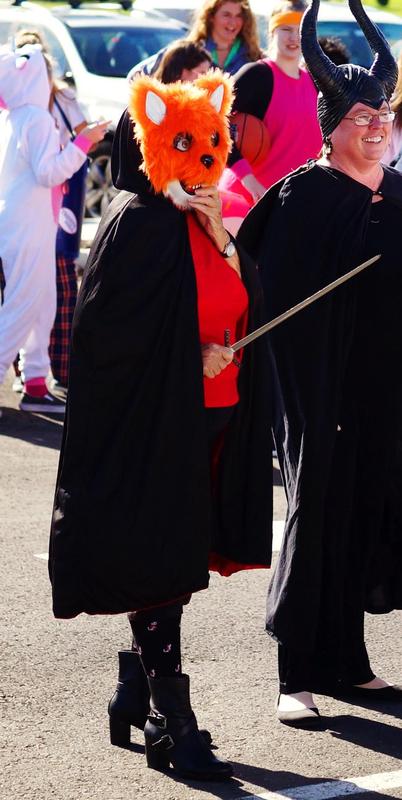 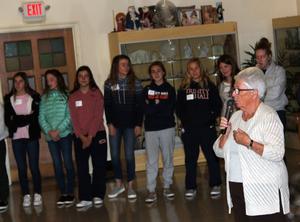 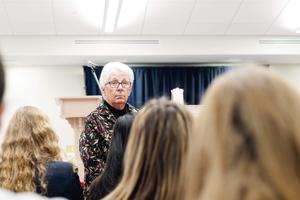 Sister Mariann retired in June, 2020 after seven years of service to Trinity Hall.
Sister Mariann Mahon, Sister of Mercy, had recently retired from her position at Georgian Court University in Lakewood, NJ, where she served as Director of Campus Ministry, when she received a call from her cousin, Mary Sciarrillo. Mary offered Sister Mariann a job as Trinity Hall's founding Campus Minister -- and lucky for us, she accepted.
Sr. Mariann was able to define and shape the role of the Campus Minister in our earliest years, when many questioned what it meant for an independent school to be "in the Catholic tradition." Identifying and celebrating that tradition while recognizing the importance of personal spiritual reflection became a hallmark of Sr. Mariann's work. "Campus Ministry plays a central role in Trinity Hall’s efforts to foster an understanding of and respect for shared values, including leadership, respect, perseverance and faith," she said. "Leading students to recognize the personal gifts they have been given by God and assisting them in embracing and developing those gifts is my top priority."
Through the years, Sr. Mariann has been a good friend to all, participating in all of the school's important community events and even starting some of her own, such as meeting in small groups with students for "Snacks With Sister." As a member of the founding group, her contributions to the culture and community of Trinity Hall are immeasurable. We thank Sr. Mariann for her years with us, and we send her all of our love in her second attempt at retirement. May there be plenty of beach time, delicious food to enjoy, music to dance to and sports to watch.
Biography
Sr. Mariann earned a B.A. from Georgian Court and an M.Ed. in religious education and pastoral studies from Boston College. She has taught at a number of high schools in New Jersey including Phillipsburg Catholic, St. Mary’s and Mount Saint Mary’s Academy. Sr. Mariann served on the Sisters of Mercy Regional Community of NJ Leadership Team, serving for two full terms – one as vice-president. Sr. Mariann also served in several areas of direct service for Catholic Charities. At Trinity Hall, Sr. Mariann played an integral part in forming a community of young women who will become leaders and living examples of the benefit of a faith- and value-based learning environment.