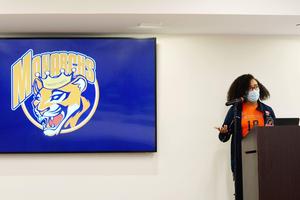 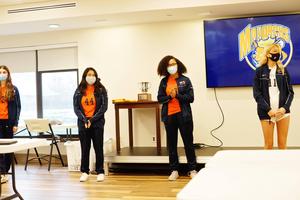 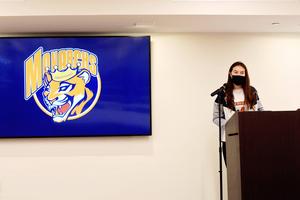 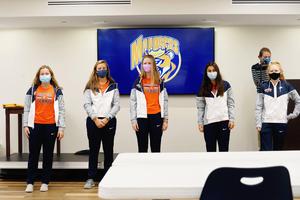 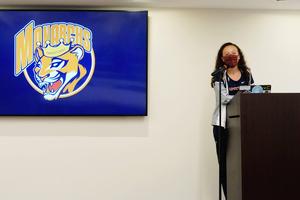 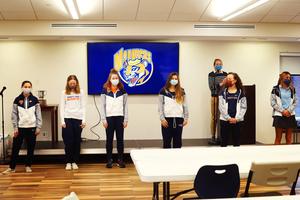 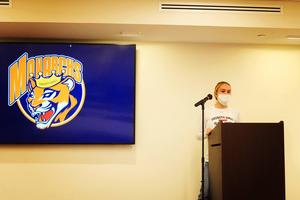 Fall season highlights and achievements were celebrated during the event. Go Monarchs!

On Friday, November 13 the Trinity Hall community celebrated the accomplishments of our Fall athletes with a virtual pep rally. Members of the soccer, field hockey, tennis, cross country, and sailing teams were recognized with their captains sharing season highlights. Congratulations, and Go Monarchs!

Soccer: The Monarchs enjoyed an undefeated regular season (6-0-1), that included two shut outs and a come from behind victory against Point Pleasant Beach. They are looking forward to post-season play next week.

Captain Gabby Sorentino ’21: “Regardless of whether we’re going into overtime or leading by six or seven goals, we’re always playing at our best. That’s something that I think is really exceptional about Trinity Hall’s sports program and the Trinity Hall soccer team.”

Field Hockey: The Monarchs went 3-3-1 in the third year of the program.  The team is about to enter its second year of post-season play next week.

Captain Hannah McCarthy ’21: “Considering we’re only a three-season team, it was great to see everyone stepping up and filling in all the challenging roles on the team.”

Tennis: The Monarchs went undefeated in the regular season (10-0), winning their division and beating rival Ranney School twice. In the post-season, the team reached the semi-finals of state tournament.

Captain Lauren Ward ‘21: We’ve made a ton of accomplishments this year, even though there have been challenges. I just want to say how proud I am of the team and how hard everyone has worked, especially some of the JV girls....I can’t wait to see more accomplishments to come.”

Cross Country: The Monarchs (4-0) kept their dual meet streak alive, never losing a dual meet in the history of the program.  The team placed fifth in the Monmouth County Championships, with top-25 performances by Madeline Barber ‘22, Hayla Dora ‘24, Ally Lawson ‘21, and Haven Dora ‘22.  The team looks forward to the state meet on November 15.

Captain Ally Lawson ’21: “We are proud of everyone who participated this year, especially our freshmen who stepped up and ran with a lot of guts and heart. We’re very proud of the season we had and we’re excited for the seasons to come.”

Captain Sydney Gusmer: “I’m proud of the Trinity Hall sailors who tried the sport for the first time. They gave it their all and really contributed to the team.”