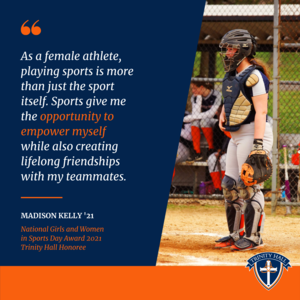 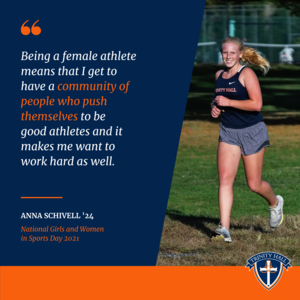 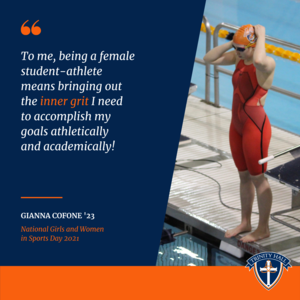 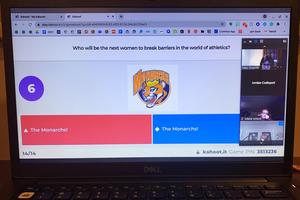 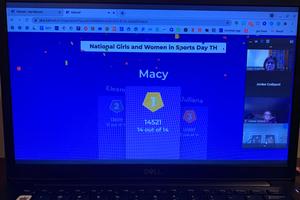 Athletics Council plans activities to recognize inspirational female athletes from Monarchs to professionals.
"At Trinity Hall, each and every one of our student-athletes embodies what it means to be a strong, confident, and successful athlete and female. In doing so they not only become empowered themselves, but also inspire others to do the same."  (Alison LeVine Pugsley, Trinity Hall Athletic Director)
On February 3, Monarchs joined in the celebration of the 35th Annual National Girls and Women in Sports Day, an observance recognizing the extraordinary achievements of women and girls in sports.
"National Girls and Women in Sports Day encourages females all around the world to be active and confident," said Jordan Codispoti '21, Trinity Hall Athletics Council Chair. "As a community of empowered and driven women, sports reinforce the skills we learn every day in the classroom to become stronger leaders. By recognizing this day, we recognize all the women who have broken barriers to give us all the opportunity to compete and achieve greatness in athletics."
In preparation for the day, the athletics council distributed a survey asking students to share their perspectives as female athletes and identify female athletes who inspire them. The student leaders developed a slide presentation for the community to share the results, including the following quotes from Monarchs:
The day also included the announcement of Madison Kelly '21 as Trinity Hall's honoree for the NJSIAA's National Association for Girls and Women in Sports Day Award, which recognizes outstanding female student-athletes. Madison is a member of Trinity Hall's volleyball and softball teams, and serves as the manager of the basketball team.
"As a female athlete, playing sports is more than just the sport itself," Madison reflected. "Sports give me the opportunity to empower myself while also creating lifelong friendships with my teammates."
The Monarchs capped the day with an evening virtual trivia contest that tested participants' knowledge of women in sports. Congratulations to the winner, Macy Swanton '24, who earned a gift certificate and points for her Royal Rumble team. Go Monarchs!