Senior Riley Raymond Finds Success with Her Business, Mauna Made 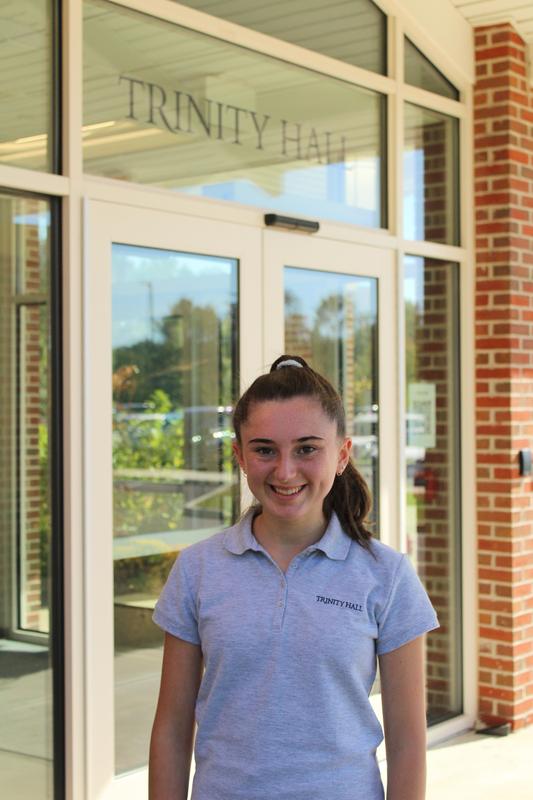 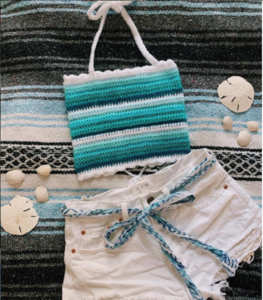 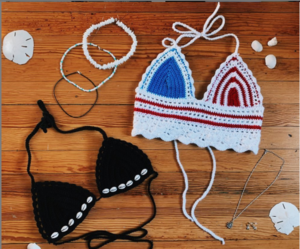 Trinity Hall senior Riley Raymond discusses her business, Mauna Made, which has seen great success with selling crochet tops through Instagram and TikTok.
Homework, extracurriculars, and sports are enough to keep many high school students busy. For Trinity Hall senior Riley Raymond, running a business is just another task she adds to her schedule each day. Riley runs a business selling handmade crochet tops called Mauna Made, which she started with her two friends, Jaimie and Renee Alessi. The business has been growing since 2019, and going to an all-girl’s school has given Riley the perfect target audience for her designs.
Riley’s journey began when she saw a commercial for a loom while sitting in the dentist’s office. She begged her mom to buy it for her, and when she did, Riley began creating hats. As a competitive skier who spends a lot of time on the slopes, Riley saw an opportunity to sell her hats at her ski lodge. One New Year’s Eve, Riley remembers selling out of all of her items and making $200, which, at the time, was incredibly exciting. After learning how to crochet and joining a before-school crochet club, her crocheting skills improved, leading Riley and her two friends to come up with the idea to sell their handmade crochet tops. Thus, Mauna Made was born! Riley and her partners decided it would be best to use social media to build their business.
After starting an Instagram account, Mauna Made received an order from their first customer, and it happened to be one of Riley’s Trinity Hall classmates. “I remember the first time I gave it to her in engineering class,” said Riley, “It wasn’t the right size, so I had to remake it.” As sales increased, Riley and her friends learned more about sizing and customizing. Now, every crochet top created by Mauna Made is made-to-order. “Each top is completely customizable,” said Riley. “That’s what is unique about it; they are custom made to order, so we get the sizing correct.”
During the pandemic, Riley and her friends started a TikTok account for Mauna Made. After some time, the account began to gain followers, and Mauna Made gained new customers. Orders skyrocketed to the point where they had to stop sales to catch up on their orders. This boost in sales made 2020 their most profitable to date. Mauna Made has expanded beyond local sales, and they have shipped their products around the United States and even to a few different countries.
Riley’s story and business can serve as an inspiration to members of the Trinity Hall community. What started as a hobby for Riley eventually became a thriving business with over 40,000 followers between Instagram and TikTok. Riley’s advice for anyone who is interested in starting a business or project like her is, “Just keep trying.” As Riley explained, “When we first started the TikTok, it didn’t blow up right away. We had a bunch of videos before it became more well-known, so we weren’t sure if it was going to go anywhere. Then one day... it just did. You never know what’s going to happen, so don’t give up.”
Mauna Made has sparked a passion in Riley, who is interested in studying economics when she goes to college next year, and she does not see Mauna Made stopping when she does. “Once we are all in college, there will be a bigger audience with making our [designs] custom to the college,” Riley said. New Mauna Made designs and products are in the works right now, as they are designing small purses and other winter items for their shop.
If you are interested in supporting Riley and Mauna Made, you can follow Mauna Made on Instagram and TikTok: @maunamade. Orders can be placed through their social media accounts. Riley was also interviewed for the Patch about Mauna Made. You can read the Patch article here.
Published October 21, 2021 Print