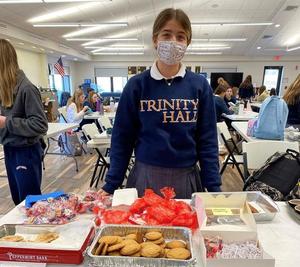 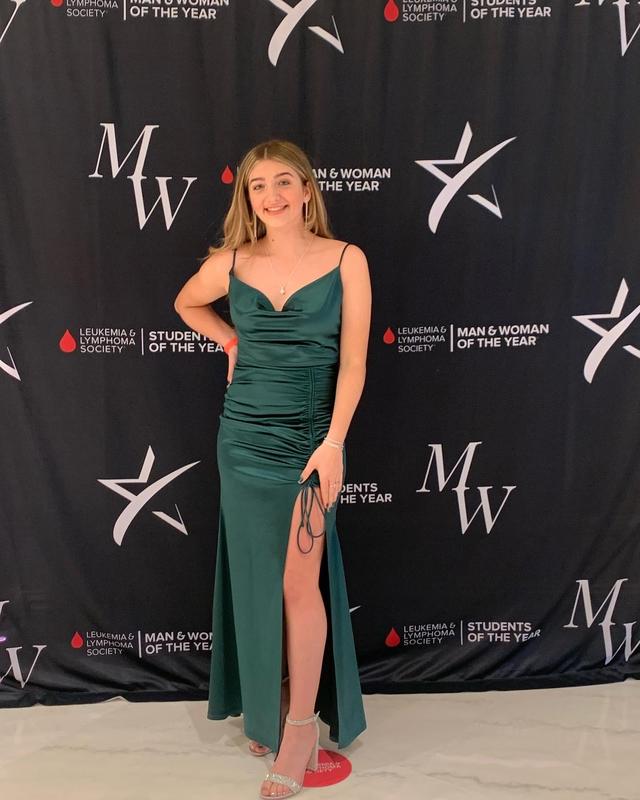 As a part of the Student of the Year program for the Leukemia and Lymphoma Society (LLS), Ashley Hall ‘24 was awarded the Citizenship Award and Impact Award for her dedication and fundraising for the LLS.
Earlier this week, sophomore Ashley Hall was recognized for her work with the Leukemia and Lymphoma Society (LLS) through the Student of the Year program. The Students of the Year program is a leadership and development program that challenges high school students to raise money for LLS in hopes of being awarded the title “Student of the Year.” Throughout this year, Ashley has hosted multiple fundraisers to get closer to her team’s goal of raising $100,000 in seven weeks.
After being nominated as a candidate for the program from LLS by a family friend, Ashley joined forces with thirteen students, seven of the thirteen being Trinity Hall students, called “Teens Tackling Cancer.” At Trinity Hall, Ashley’s team held a bake sale and lunch-order fundraisers. Outside of school, Ashley contacted corporations, held fundraisers at local restaurants and boutiques, and organized an open skate night. Ashley also used the power of social media to promote her campaign, raise awareness for LLS and collect donations. Lastly, Ashley participated in a silent auction where donated items were auctioned off with full proceeds going towards her campaign.
This past weekend, the students in the program completed their seven weeks of fundraising and gathered for the Leukemia and Lymphoma Society award ceremony. Ashley was given the Citizenship Award for her volunteerism and her outreach of educating others about the mission and importance of the LLS. Ashley was also recognized as the second runner-up for the Students of the Year award, raising over $70,000 in the past seven weeks. Because Ashley’s team raised over $50,000, they were awarded the Impact Award and a research grant will be created in Ashley’s name.
Ashley explained how she felt about receiving the award: “I was taken aback by the dedication of my team members and their efforts to help. I have not yet chosen the research topic but my inclination is to choose a grant focusing on pediatric treatments. The Citizenship Award is a special award for me because it is given to candidates who inspired and led successful teams, incorporated and educated the community, and who created sustainable fundraisers that can be replicated in years to come.”
Congratulations, Ashley!
Published March 25, 2022 Print