Varsity Soccer Moves on to Semi-Finals in NJSIAA South Jersey, Non-Public A Tournament 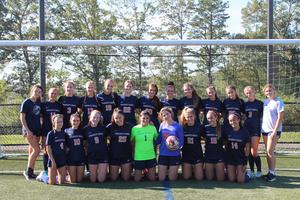 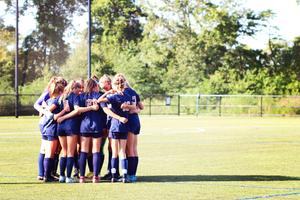 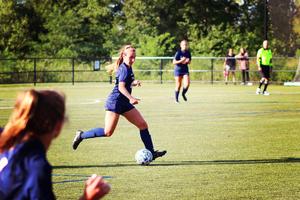 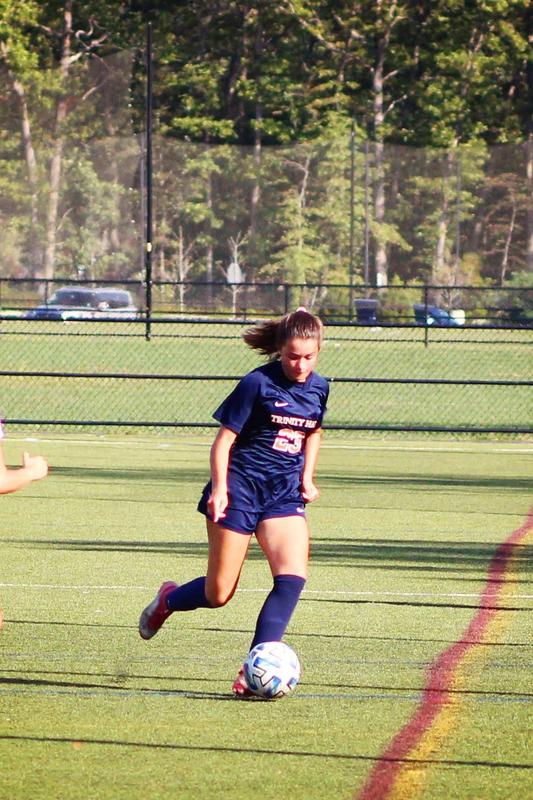 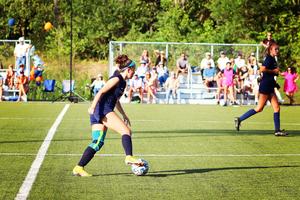 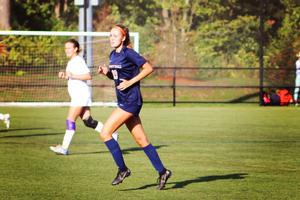 The Monarchs take on Red Bank Catholic in the semi-finals this Friday, November 4.
Coming off of three wins in a row at the end of regular season play, Trinity Hall’s varsity soccer team entered the NJSIAA South Jersey, Non-Public A Tournament as the fourth seed. In the first round of the tournament on October 27 the Monarchs played against the thirteenth-seeded St. Thomas Aquinas Trojans. Jill DeSio ‘23 and freshmen Maris Child, Eliza Chiles and Molly Walker all scored one goal each to secure the 4-0 win against the Trojans. With assists from Aubrey Scoble ‘25, Amel Morales ‘24 and Eliza Chiles ‘26, and five saves from goalkeeper Emily Venezia ‘26, the Monarchs moved onto the quarterfinal round.
The Monarchs faced the fifth-seeded Our Lady of Mercy Villagers in the quarterfinals on Tuesday, November 1. The Monarchs’ team effort led them to a 6-1 win over the Villagers. From the beginning of the game, the Monarchs commanded the field as they scored four goals in the first half compared to one for the Villagers. Eliza Chiles, Aubrey Scoble, Reilly Sullivan ‘24 and Haley Noorigian ‘26 each scored a goal to give the Monarchs a buffer going into the second half. In the second half, both Eliza Chiles and Aubrey Scoble picked up a second goal each for a final score of 6-1.
The Monarchs take on the Red Bank Catholic Caseys this Friday, November 4 in the semi-finals.
The varsity soccer team found great success during the regular season with a winning record of 9-6-2. The Monarchs are led by seniors Anna Becker, Scarlett Butters, Jill DeSio, Josie DiFeo, Olivia Fazzolari and Alex Popham, with student-athletes from all grades making up the rest of the roster. Gaining traction in the later half of the season, the Monarchs won five of their last six games. Aubrey Scoble leads the team in scoring with 14 goals on the season. Anna Becker and Reilly Sullivan lead the team in assists with 6 and 5 respectively. The teamwork and dedication exhibited by the Monarchs this season has continued into the postseason.
Head Coach Pat Trombetta said, “I am extremely proud of the accomplishments of the team. They have overcome the graduation of 11 seniors from last year's squad as well as the loss of three returning starters due to significant injuries. I attribute this to their perseverance and determination, and they battle every time they step on the field. To reach the NJSIAA South Non-Public A Semi-Finals for the second consecutive year is a true testament of their hard work and commitment throughout the season. Team chemistry has been excellent, and it's been a fun season to watch the progress and growth of each player. We are very much looking forward to the opportunity in front of us when we meet RBC in the semi-finals on Friday.”
Senior Jill DeSio said, “The progression of our season has been remarkable. We've grown closer as a team while continuing to achieve outstanding results. Reaching the semifinals of the Non-Public A Tournament has been our team goal from the start of the season, and I am so proud to say that we accomplished this goal. I am extremely grateful to have made such strong bonds with my teammates this season, as well as the past four years, because that has made the season even more enjoyable. It is great having coaches who are committed to the program and to developing us as well-rounded players. We got the job done in the past five games by only letting up two goals and scoring a total of twenty goals to get us in the position we are in today. I am proud of what we have accomplished so far, but I know that we are far from over!”
Athletic Director Rob Bagley added, “It has been great to see the team come together and peak at the best time of the season during the playoffs. We are rooting for them and hope they can make a run to the championship game!”
Come out and support the Monarchs this Friday, November 4 at 3 p.m. at Count Basie Park in Red Bank!
Published November 3, 2022