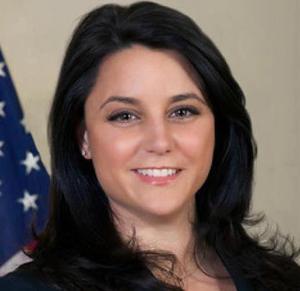 Stephanie Murray, deputy mayor of Middletown, is the first speaker in our "Women in Leadership" series.

On Wednesday, October 30, 2013, Trinity Hall will host the first speaker in our “Women in Leadership” speaker series. This series will feature women who are examples of leadership in different industries, engaging with our students in an informal, discussion-focused format.

We are thrilled to introduce Stephanie Murray, deputy mayor of Middletown, as our very first speaker in this series.

Stephanie Murray began her term on the Middletown Township Committee in January 2012. She is a graduate of Fordham University and is the owner of a small press.

Stephanie and her husband, Ken, have made Middletown their home for the past 12 years. They have 3 children: Trinity, age 12, Gavin, age 9, and Skylar, age 8.