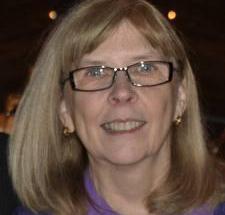 “Innovation is a team sport.”

On Wednesday, January 29, 2014, Trinity Hall welcomed Dr. Margaret Ann Chappell, retired Bell Labs researcher and co-founder of The Stars Challenge, as the fourth speaker in our “Women in Leadership” series.

Dr. Chappell joined Bell Labs in 1980. She spent most of her Bell Labs career using her technical and communications skill to identify ways new technologies could help solve customer needs. She was an integral part of both the marketing and technical teams as they built leading edge products and services to enhance customers’ communications. She worked on the leading edge of several techologies including PCs, local area networks, video telephony, and voice over the internet. She was one of the first people in Bell Labs to work on products that would allow customers to make phone calls over the internet – a common practice today but a radical idea in the mid-1990’s.

In 1993, Dr. Chappell was appointed a Distinguished Member of the Technical Staff of Bell Labs for her sustained history of outstanding technical accomplishments and leadership.

Although retired now, Dr. Chappell feels it is important to “give back.” Continuing with her passion for technology and learning, she co-founded and now volunteers as president and as a trustee of The Stars Challenge, a science enrichment program for 6th through 9th graders that is hosted by Monmouth University. The goal is to get more top students – students who can become innovators – involved in science and technology. The Stars Challenge was founded in 2006 and since then, about 1,100 students have taken 67 courses at Monmouth University, about 400 have participated in the marine science summer camp at Sandy Hook, and about 500 have participated in the Stars Science Competition.

For more information about The Stars Challenge, go to www.starschallenge.org/stars/.