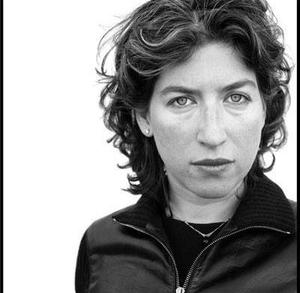 Please join us for a "Women in Leadership" Keynote Speaker Event.

You are invited to a very special event.

We are proud to host award-winning photographer and filmmaker Lauren Greenfield for a “Women in Leadership” Keynote Speaker Event. This event is appropriate for audiences aged 12 and up.

Acclaimed documentary photographer/filmmaker Lauren Greenfield is considered a preeminent chronicler of youth culture, gender and consumerism. In 2014, Ms. Greenfield directed the record-breaking Super Bowl and viral spot #LikeAGirl (80+ million downloads and 7+ billion impressions), for which she was nominated for a Best Director award by the Director’s Guild of America (her second DGA nomination). The spot won 7 Clio Awards and was named by Ad Age as the Best Video of 2014.
Ms. Greenfield’s latest feature-length film, The Queen of Versailles, was the Opening Night film of Sundance 2012 where it won the Best Director Award in the U.S. Documentary Competition. She previously directed three award-winning documentary films – THIN (HBO), kids + money (HBO) and Beauty CULTure (Annenberg Space for Photography). Her work was featured in the Getty Museum’s historical exhibition, “Engaged Observers: Documentary Photography Since the Sixties” (2010) and she was named by American Photo as one of the 25 most influential photographers working today.