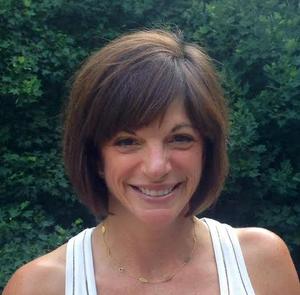 Maria Crowley is one of two women and one of 30 participants worldwide accepted into this elite program.

Congratulations to Trinity Hall’s cross country and track coach, Maria Crowley, on being accepted into the 2016 IAAF/USATF Endurance Academy, held at IMG Academy in Bradenton, FL. The USATF is the governing body of track and field in the USA, and the IAAF is the international governing body of track and field. The Academy is the highest recognized achievement awarded through both organizations and recognizes a coach throughout the world as having the knowledge to coach at the highest international level of the track & field profession.

Coach Crowley is one of 30 participants worldwide – and one of only two women – accepted into this elite program. Years of hard work led to this achievement, and she looks forward to finishing her training in August 2016 with the completion of a final project.

“I was surprised to arrive and find out that there were only two women, myself, from the USA, and another female coach from Hong Kong admitted to the Academy. I began working towards this accreditation in 2010, receiving my Level 1 in 2010, Level 2 in Endurance at Georgia Tech University in 2011, and Level 2 in Sprints, Hurdles and Relays at the University of Nevada, Las Vegas in 2012. To receive my USATF Level 3 and IAAF Level 5 Coaching Honors, I will need to score 41/55 remaining points on the interdisciplinary project, due on August 10.”