College Corner with the Director of College Counseling: Blog Post #3 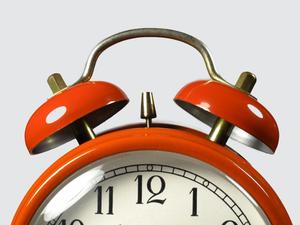 It has been a very busy few months at Trinity Hall, with our very first graduating class applying to the colleges of their choice. The entire class applied to at least one college for an early deadline, and as a result Trinity Hall has reached 100% four-year college acceptance before the end of January.

I always encourage students to apply early to colleges for a variety of reasons. With a few exceptions, early acceptance rates are often higher, giving students a stronger chance to be accepted. Applying early also shows the university that the student is very interested in their school, by not waiting until the last possible minute to apply to their school. Above all, the sense of clarity it provides students is paramount. To enter into the second half of the school year already accepted into college creates a sense of calm within the seniors, which ripples down to the juniors who are just starting the process. There is always certainly disappointment, but having the information early provides the student more time to research other options. I believe that there is no “one” school that is perfect for each student, but rather several schools, and having the opportunity to make this discovery in the winter rather than the spring is priceless.

As of February 14, the Trinity Hall Class of 2017 has been accepted into 59 different colleges and universities, as well as six honors programs, and 16 schools of engineering and/or engineering programs. To date, the class (consisting of 32 students) has received $2.5 million in merit-based scholarships, and twelve young ladies have officially chosen their college for next year. We are incredibly proud of all the girls have accomplished so far, and can not wait to hear more good news this spring.