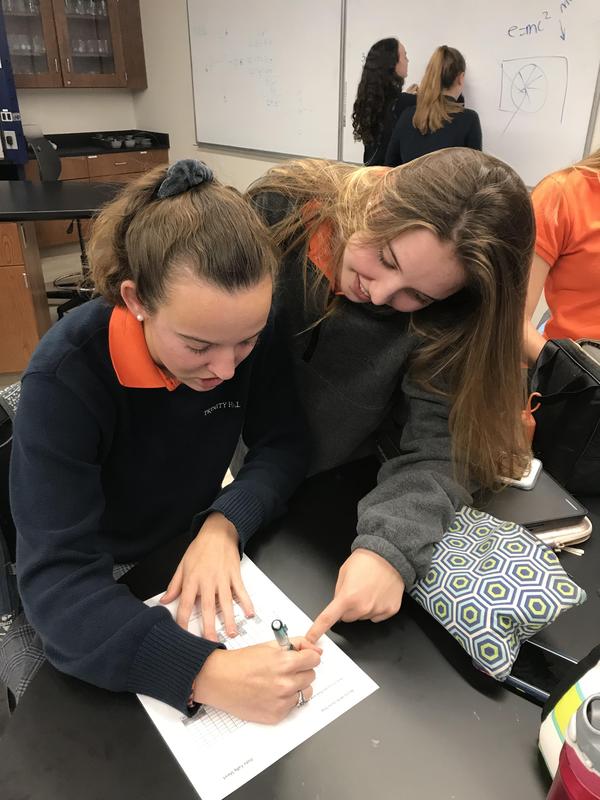 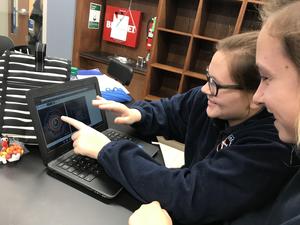 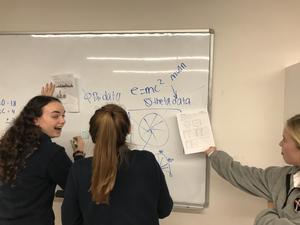 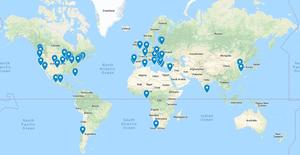 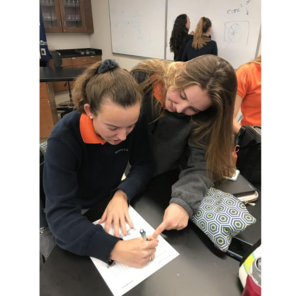 While protons were colliding in the Large Hadron Collider at CERN in Switzerland, students from physics classrooms around the world were connecting virtually with each other in order to collaborate and collect data from everyone involved in this authentic learning project.

Tinton Falls, NJ – Students at Trinity Hall in Tinton Falls were part of World Wide Data Day. One big day: November 15, 2018. One big particle accelerator: Large Hadron Collider (LHC) at CERN in Geneva, Switzerland. Eighty high schools around the world. Thousands of protons colliding. These were the ingredients of the data analysis and videoconferences of World Wide Data Day 2018.

While protons were colliding in the LHC at CERN, students from physics classrooms around the world were connecting virtually with each other in order to collaborate and collect data from everyone involved in the authentic learning project. Language and cultural barriers didn’t exist on November 15, as the language of science was all the connection this giant global classroom needed to make their tracking of particles called muons successful, engaging and fun.

Students searched for muons that result from proton collisions and measured angles at which they careen from the collision point. All the results will be pooled worldwide to probe the nature of proton collisions and reveal something about what is inside a proton. Our students joined videoconferences with their peers and physicists around the world to discuss what they learned.

"Data Day gave our students an authentic experience to explore particle physics by analyzing data from the LHC," said Nicole Sadowski, Trinity Hall STEM faculty member. "The LHC collides subatomic particles at close to the speed of light, thereby creating other particles, which gives us clues about how matter interacts and can ultimately provide insight into the origins of matter and fundamental laws of our universe. Moreover, it was an opportunity to discuss results with particle physicists​ and students from other countries. In our case, we were part of a videoconference with students from Lisbon, Portugal and Mexico City."

“Data Day was such a unique experience, because we were able to learn about high level particle physics which is something we don't get to dive into, even in AP physics,” said senior Hannah Reynolds. “We were able to speak with physicists from CERN in Switzerland and students from a school in Portugal. It was so cool to be able to connect with other high school students around the world who were equally as interested in physics, and physicists who were excited to educate the next generation of scientists.”

“At first I was a little intimidated by the idea of the project, but it was actually pretty straightforward,” said sophomore Leighton Van Wagner. “I had a great time exploring particle physics, collecting data and coming to conclusions with my teachers, classmates, and new international friends. We like to call it a particle party!”