Mary's Fund for the Girls » About Mary Sciarrillo 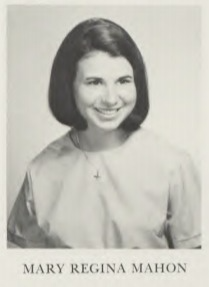 A Monmouth County native, Mary grew up in Long Branch, the oldest of 11 children – a family placement she says fostered her strong work ethic. Mary’s experience with Catholic schools began early, as an elementary school student at Our Lady Star of the Sea in Long Branch. Her high school years were spent at Red Bank Catholic. During her years as a Casey, she served as publicity chairperson on the student council and was a member of the Future Nurses Club, hinting at her future professional pursuits. Attracted by the chance to regularly attend sporting events, she also earned a spot on the cheerleading team in her freshman year, becoming captain during her senior year.

Mary also enjoyed making history on RBC’s girls’ track team, running at a time when opportunities for girls in sports were not abundant. This was specifically the case for longer sprint events like the 440-yard dash (the quarter-mile), which was Mary’s favorite. Running under Coach Jack Rafter, known as “the father of girls track,” Mary became part of a pilot study to consider allowing girls to race longer distances. Not surprisingly, she helped to more than prove they could, eventually placing in the 440-yard and 880-yard runs at the girls' statewide invitational meet in her senior year. (For perspective, the NJSIAA did not sponsor girls track and field until 1971, prior state invitational meets were co-sponsored by the Asbury Park Press and Red Bank Catholic.)

After graduation, Mary pursued her interest in nursing at St. Vincent’s School of Nursing and Hunter College, earning her degree in school nursing and health education. She began her nursing career in the intensive care unit at Monmouth Medical Center as a critical care nurse. She went on to Columbus Hospital in Newark where she opened the hospital’s first recovery room. It was at Columbus Hospital where she began gaining experience in educational leadership, running in-service programs for nurses as a nursing supervisor and assistant director of nursing. Her education and experience in nursing would prove helpful years later in informing her future decisions in educational administration, particularly when navigating the current COVID-19 pandemic.

It was after a break from full-time nursing while her three children, Anthony, Andrea, and Marianne, were young, when Mary first found herself working in a school environment. She served as a school nurse and in health education at a public school, where her affinity for school life and counseling developed. While she enjoyed her time working with students in kindergarten through eighth grade, she also realized her ability to connect more with older students. A self-proclaimed resistant learner as a student, Mary wanted to use her perspective to reach and support students, especially those who might be struggling to achieve.

With her own children now entering middle and high school, Mary joined the faculty of the Upper School (all girls, grades 7-12) at Oak Knoll School of the Holy Child in Summit, NJ as dean of students in 1994. In her nine years serving in that position, she oversaw many aspects of school life and developed a growing interest in curriculum development through committee work. During this time, Mary earned her master’s degree in educational leadership at Seton Hall University, attending the Catholic School Leadership program. In 2003, she was promoted to Upper School principal. During her 10-year tenure as principal, she worked with the faculty to develop additional advanced placement courses in science and mathematics, engineering and computer science courses, two additional language programs, and to improve courses in all departments. Further, Mary prioritized faculty growth and development and focused on the school’s college advisory program.

In 2012, Monmouth County, a place she continued to spend summers on the beach with her family, came calling again when she connected with the soon-to-be founders of an all-girls school who were looking for a leader. 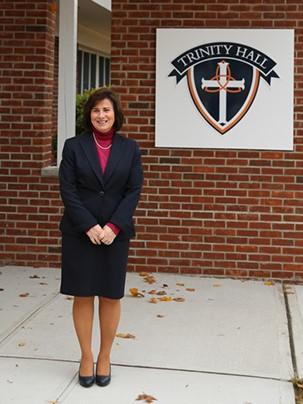 As Trinity Hall’s founding head of school, Mary assumed responsibility for leading the launch of a brand new educational institution with an eye on its longevity and sustainability. Mary worked with our founders to create Trinity Hall’s governance and board structure, to clarify its Catholic identity, to specify and lead committees, and to seek academic and community excellence during the school’s start-up and long-term fiscal planning. Working with the founding faculty, Mary directed the establishment of a rigorous and interdisciplinary academic program that emphasizes critical and design thinking approaches and allows our graduates to matriculate to the most selective colleges and programs in the country.

In its first three years of operation, Mary led the efforts for Trinity Hall to gain accreditation by the New Jersey Association of Independent Schools (NJAIS) and Middle States Association Commissions on Elementary and Secondary Schools (MSA-CESS), and membership in the National Association of Independent Schools (NAIS) and One Schoolhouse. Ongoing work in this area led to the recent MSA-CESS Program of Distinction recognition for our STEM program. Trinity Hall became the first high school in New Jersey and the only all-girls school in the nation to receive this recognition.

During Mary’s tenure, the school also put roots down in our permanent home in Tinton Falls. In 2016, Trinity Hall purchased property at the former Fort Monmouth site and made renovations in time to open for the 2016-2017 school year. Construction soon began on a 20,000-square-foot addition to the existing school building, with Mary playing a leading role in designing the innovative spaces where Monarchs would learn for years to come.

In 2019, Mary announced her intent to retire at the end of the 2020-2021 school year. A sixteen-month comprehensive national search for Trinity Hall's second head of school was conducted, resulting in the appointment of Mary Kate Blaine to the position.

When Mary retires in June 2021, she will have devoted 30 years of her career to girls' education. She's not stopping there. She will continue empowering and educating girls for many years to come by helping to support financial aid for Trinity Hall. Mary’s Fund for the Girls: Now and Forever will sustain the diversity of Trinity Hall's student body by supporting the demonstrated need of each deserving student. 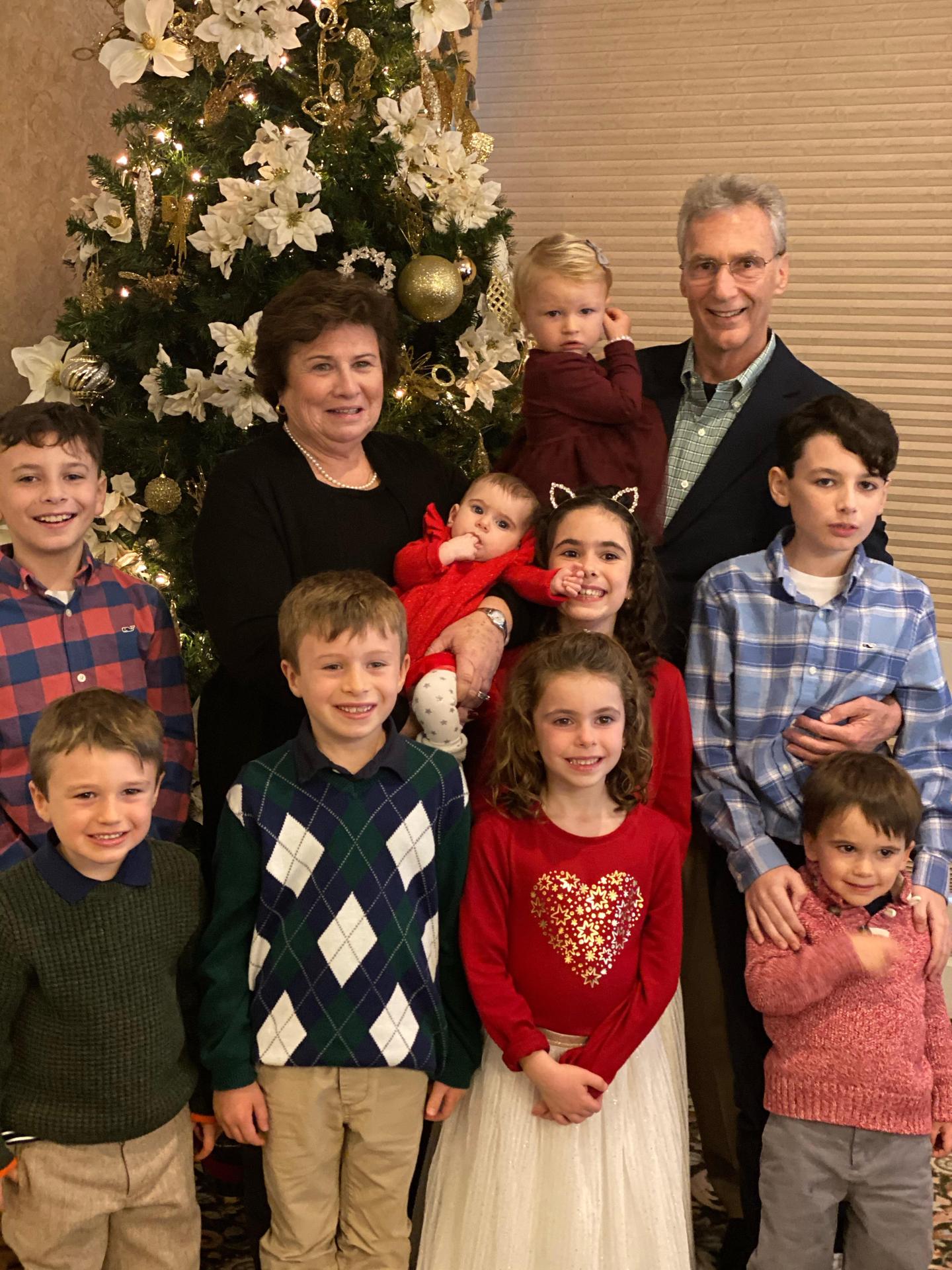 In her retirement, Mary is looking forward to enjoying her large family that has grown even larger during her time at Trinity Hall. To start, she is looking forward to enjoying the summer, when you will find her at the beach not worrying about the upcoming fall schedule. From there, she will take some time to reflect on what's next. While she admits she’s not yet sure what that is, she knows in some way she will continue to be connected to the Trinity Hall community.